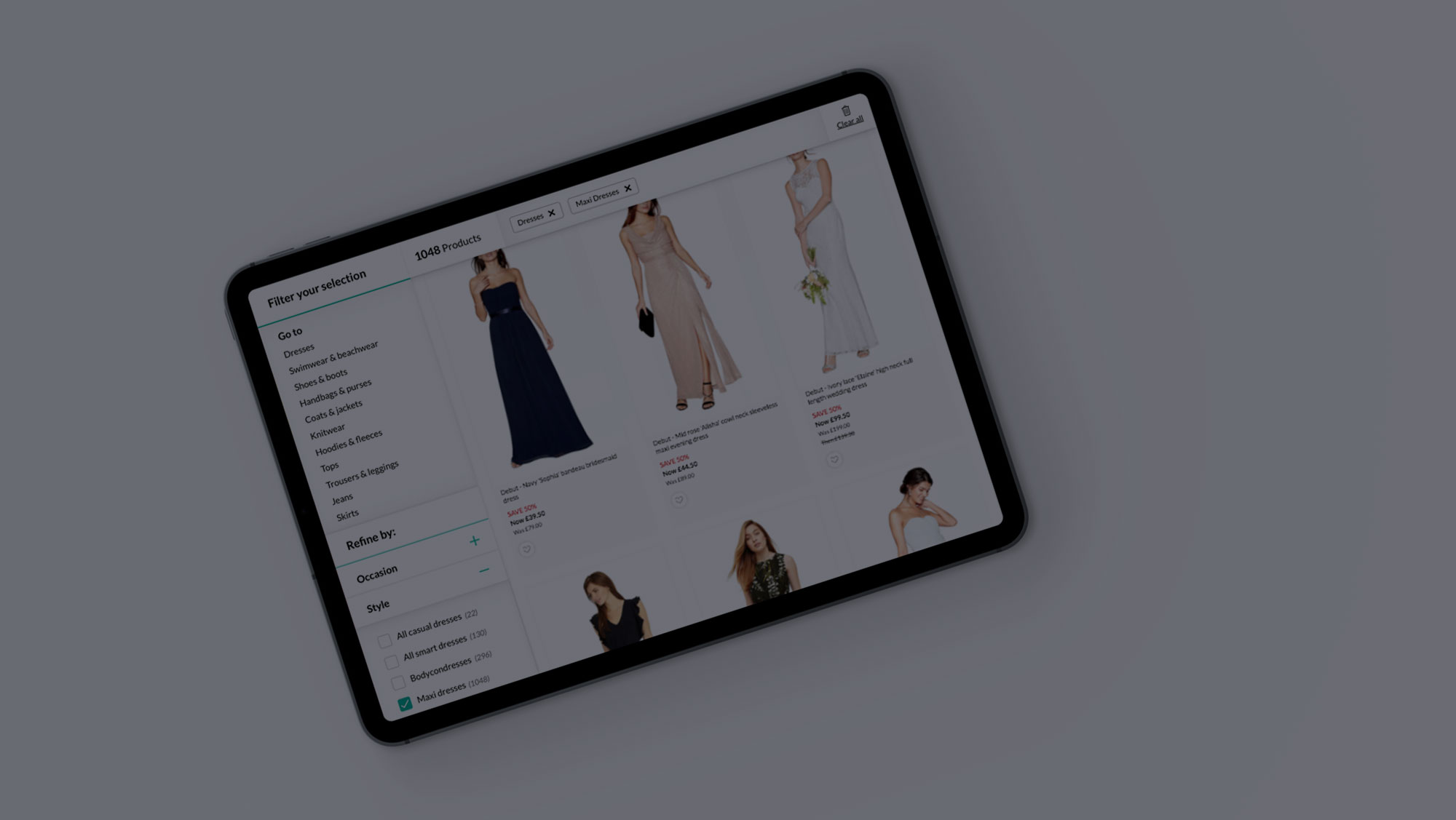 Lead the creative sprint tasks working alongside the Project Owner, provide UX input. Undertake testing, prototype, liaising with stakeholders and provide creative Q&A directions to the Development team to ensure the final project was to the highest standards 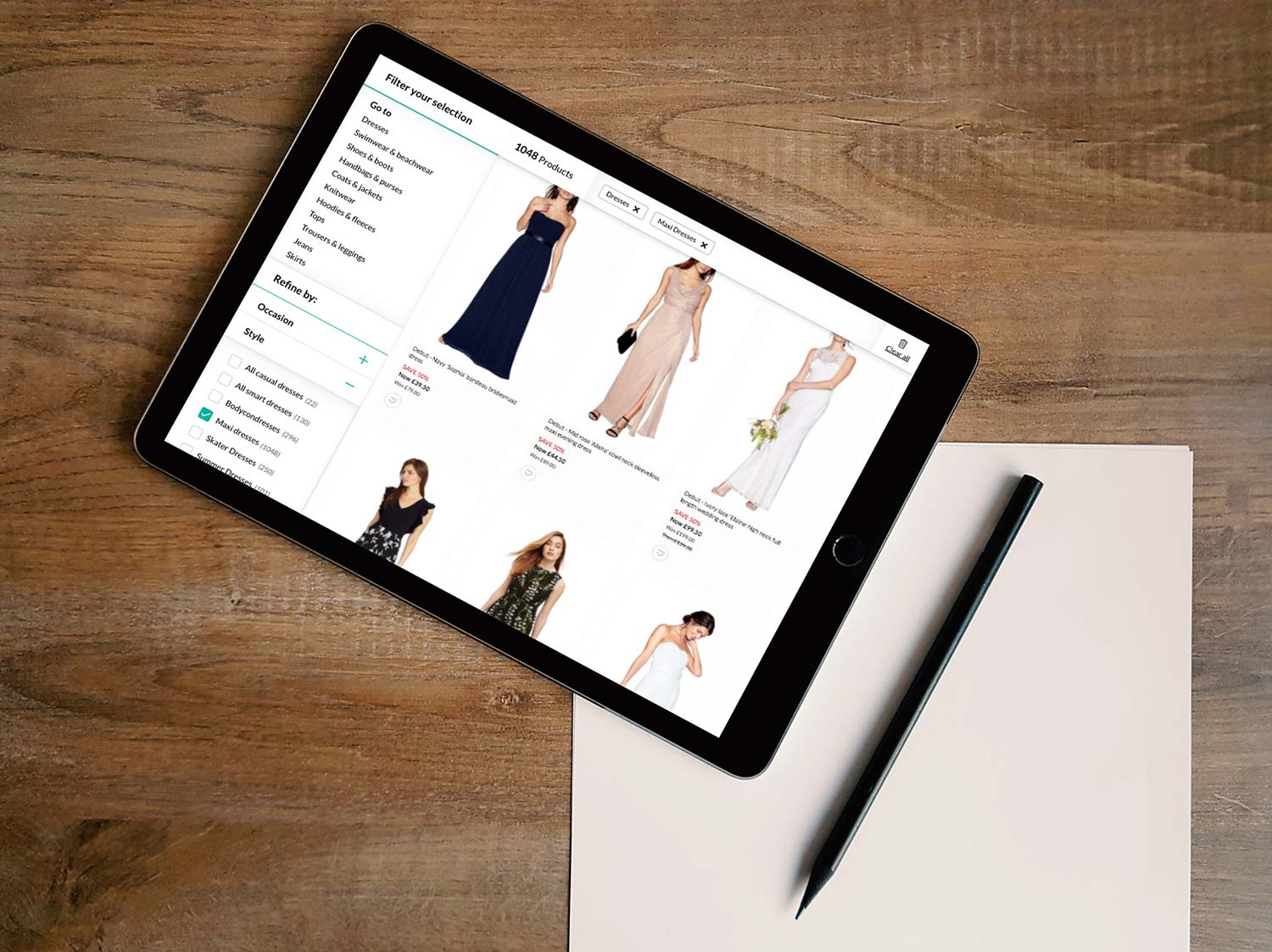 – On average (both pre and post launch), the AOV of Tablet customers using LHN/Filtering on
PSP is 10% higher than those who don’t use the functionality.

– Based on this, we have calculated that this 17% of customers (% difference between pre and post Tablify launch)
would have spent between 2.0mn and 2.7mn in the period that Analytics analyzed if
they had engaged with the LHN/Filter.

– The difference between pre and post tablify is the loss of the LHN in tablify. This was replaced by a
filter button and therefore hiding the filters from the user on initial landing on the page.

We decided to implement a Google sprint plan approach.

We understand the problem and defined a short time space to create the solution.

Where did we start?

3 – Mocked up two final solutions to take into testing

– Help customers know where to start filtering & how to continue refining effortlessly?
– Give the customer reassurance that their correct filters have been applied?
– Help customers to know what will happen next when they interact and understand the transition that goes alongside that.
– Ensure the customer has context & easy access to all relevant filters throughout their journey 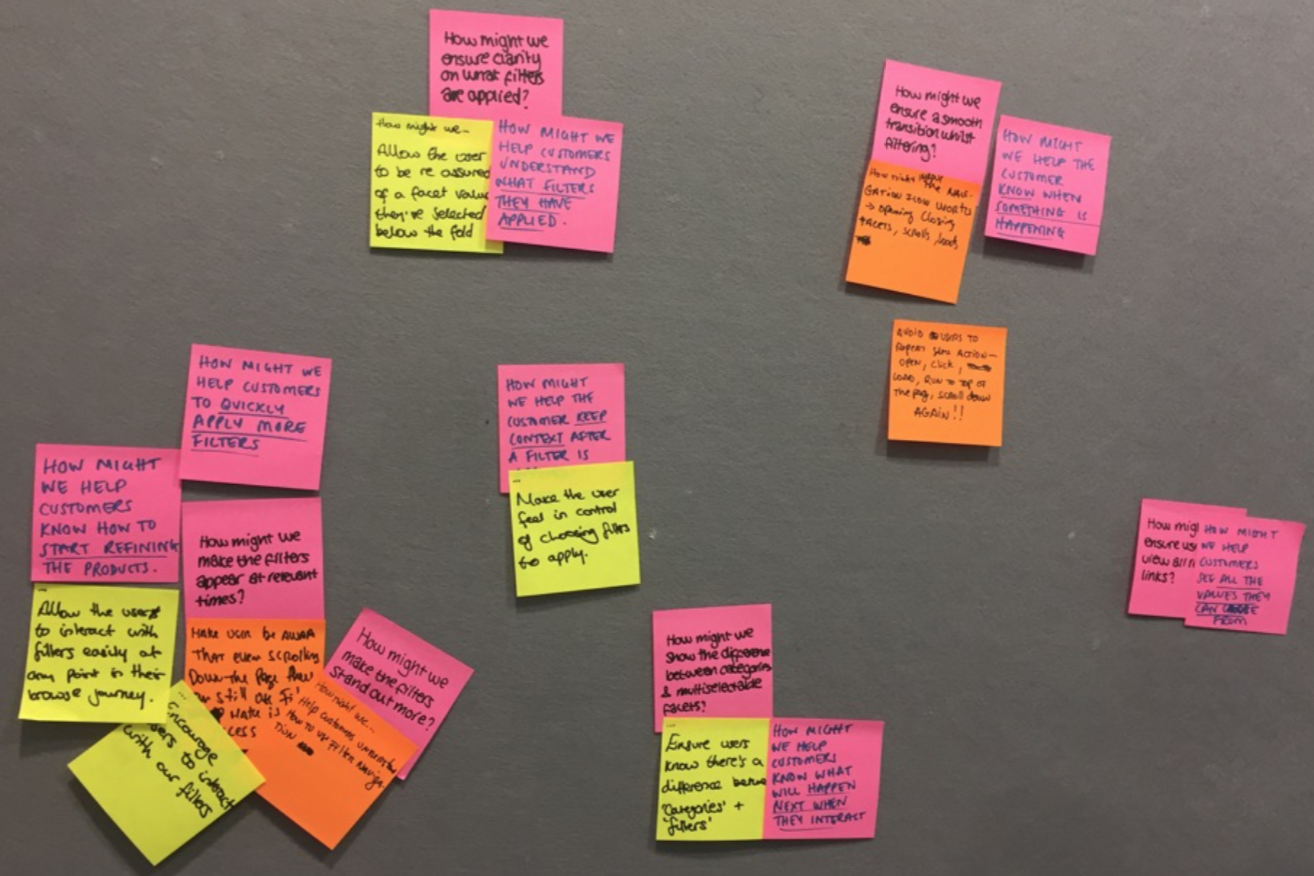 We did some “Crazy8” sketching session with different stakeholders 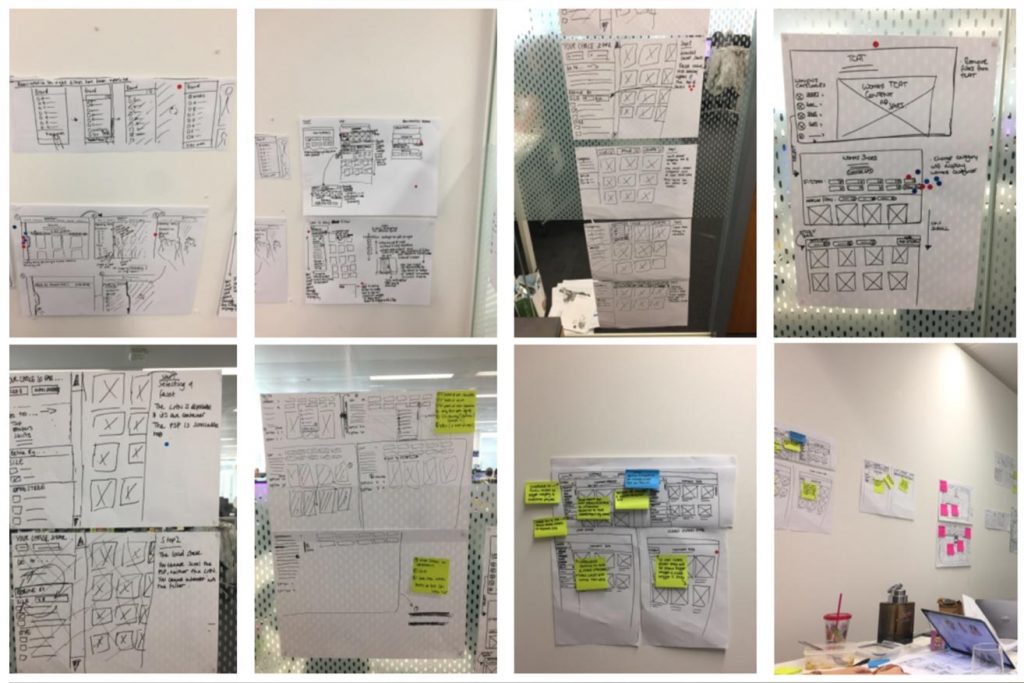 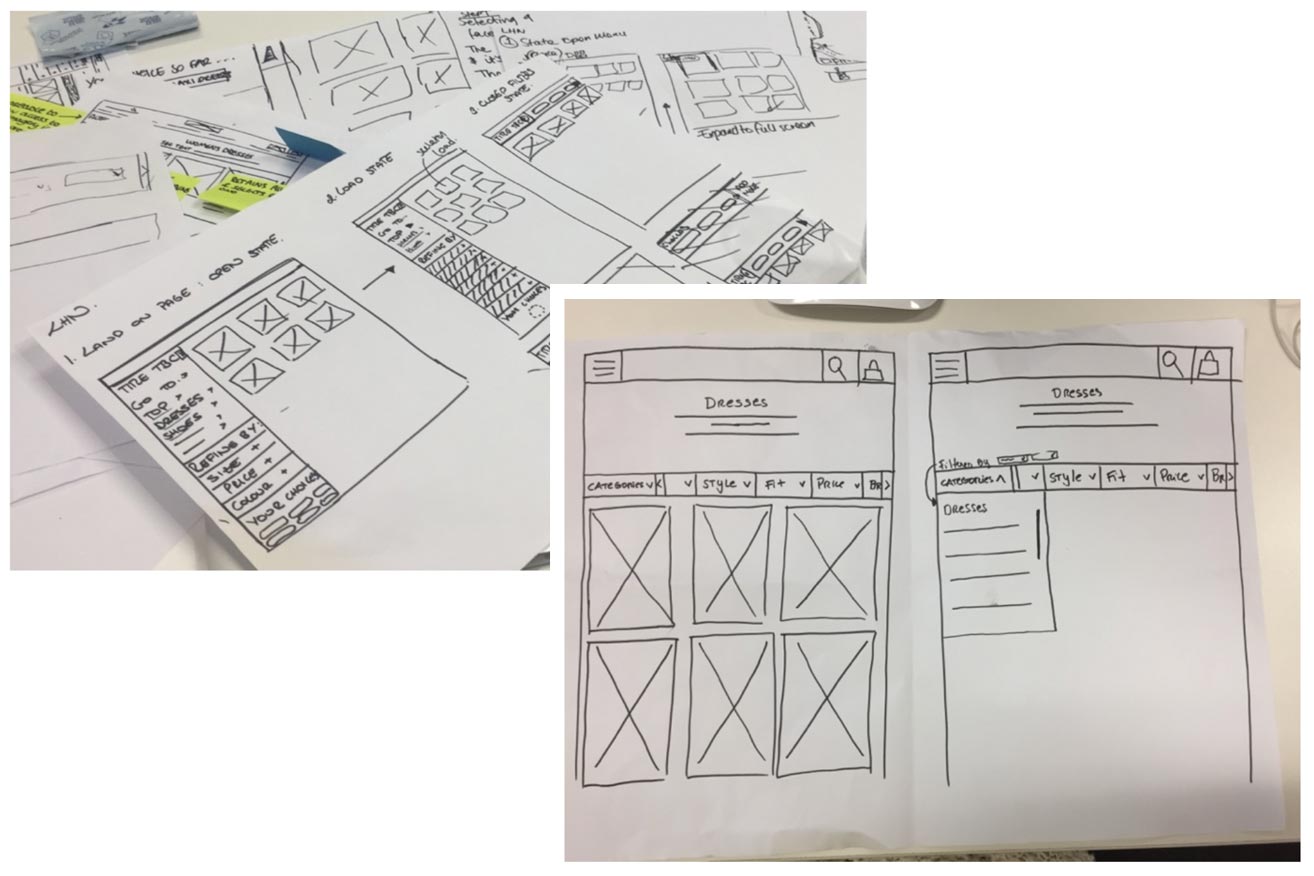 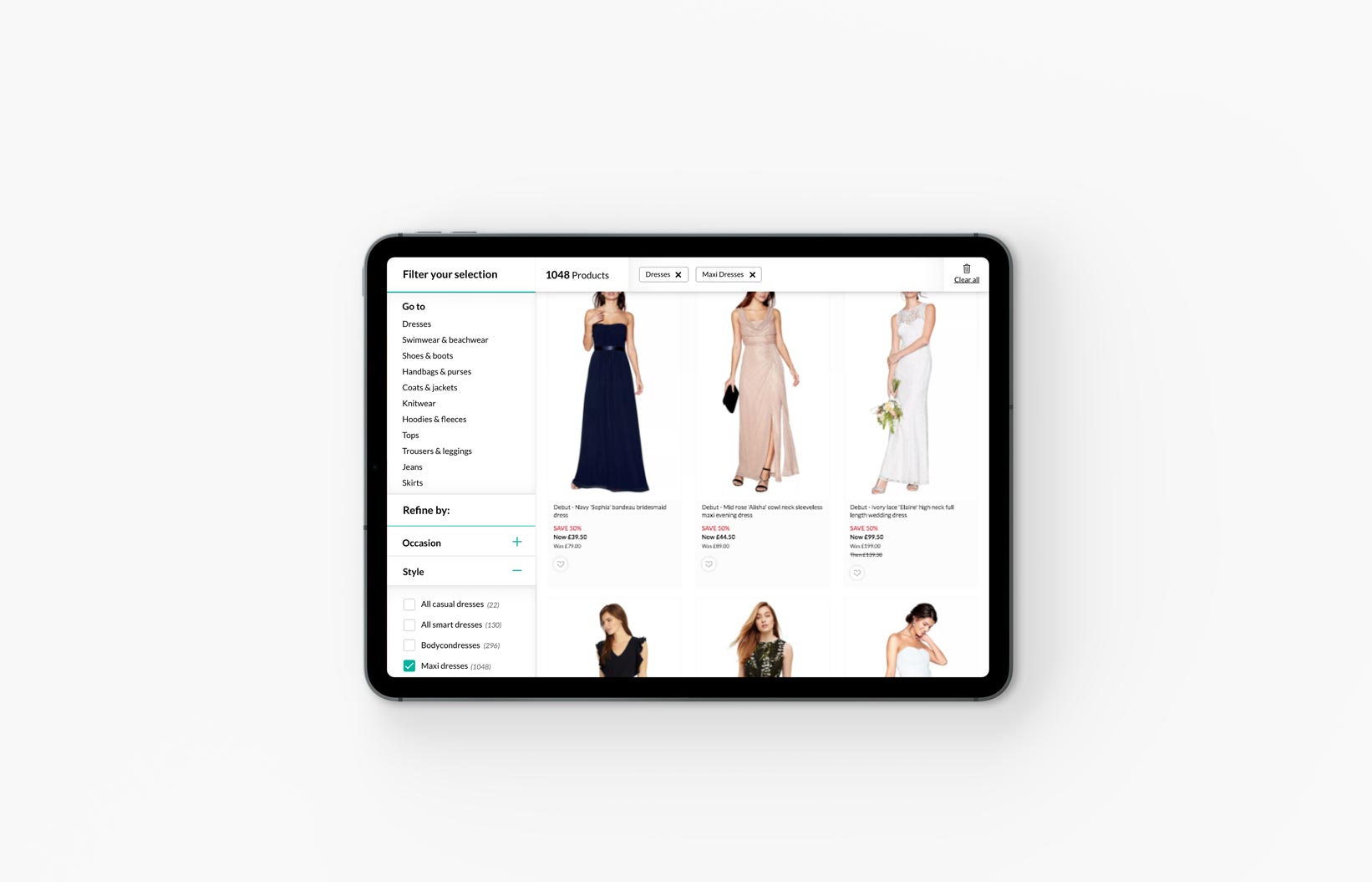 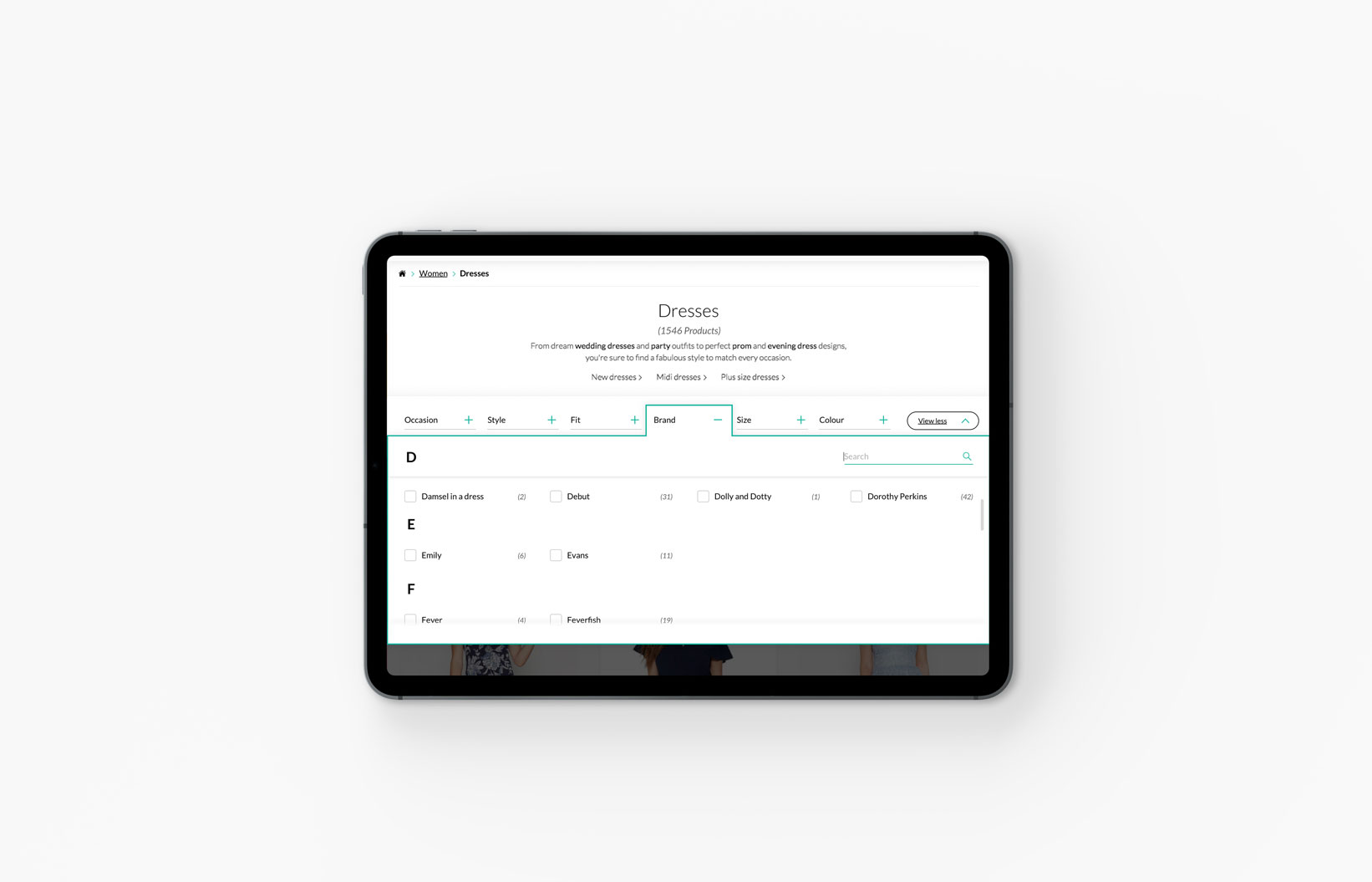 We did Lab testing with 12 different users to identify possible issues with the prototype we created. 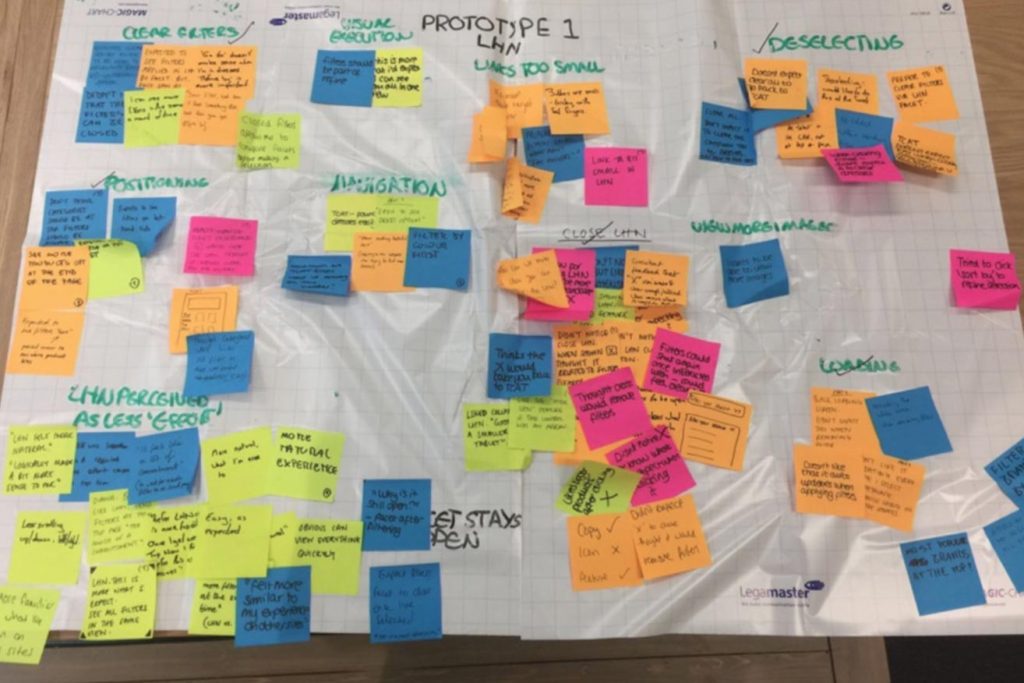 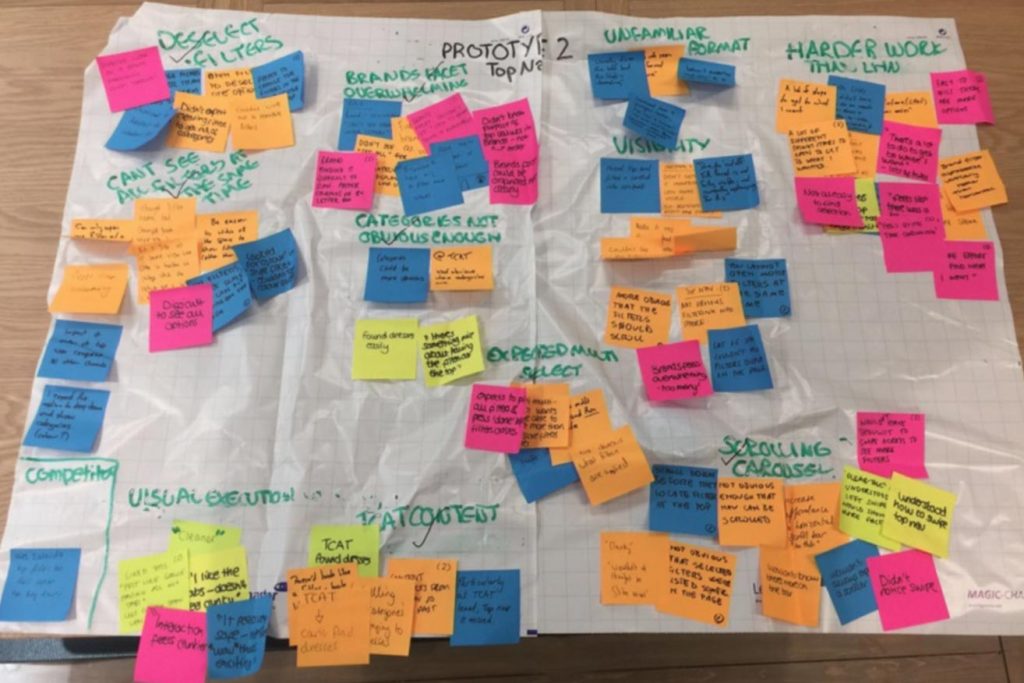 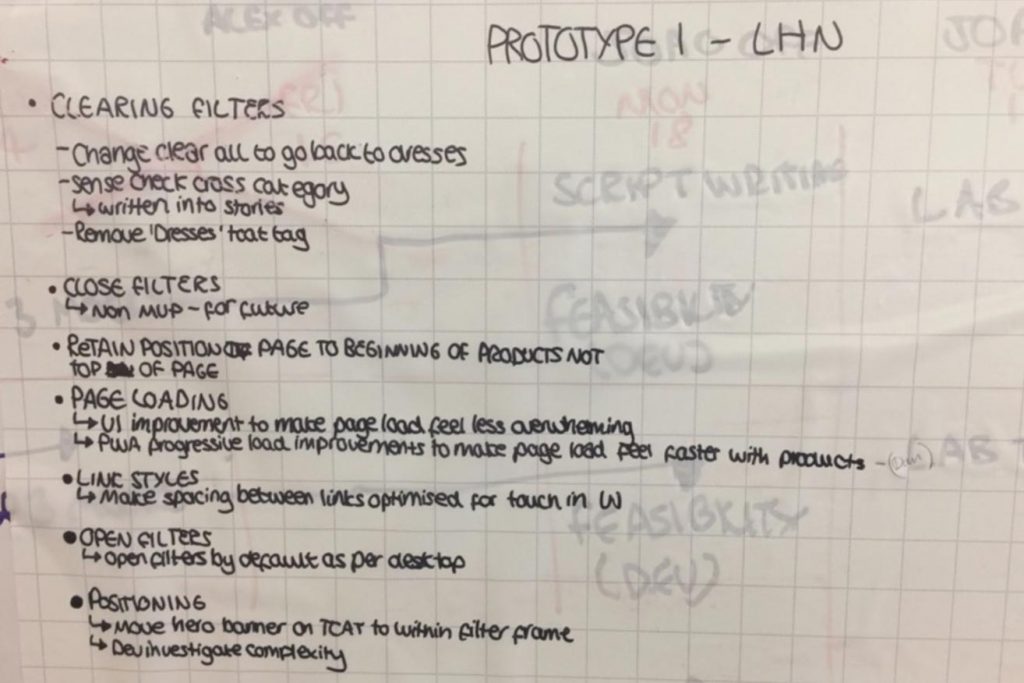 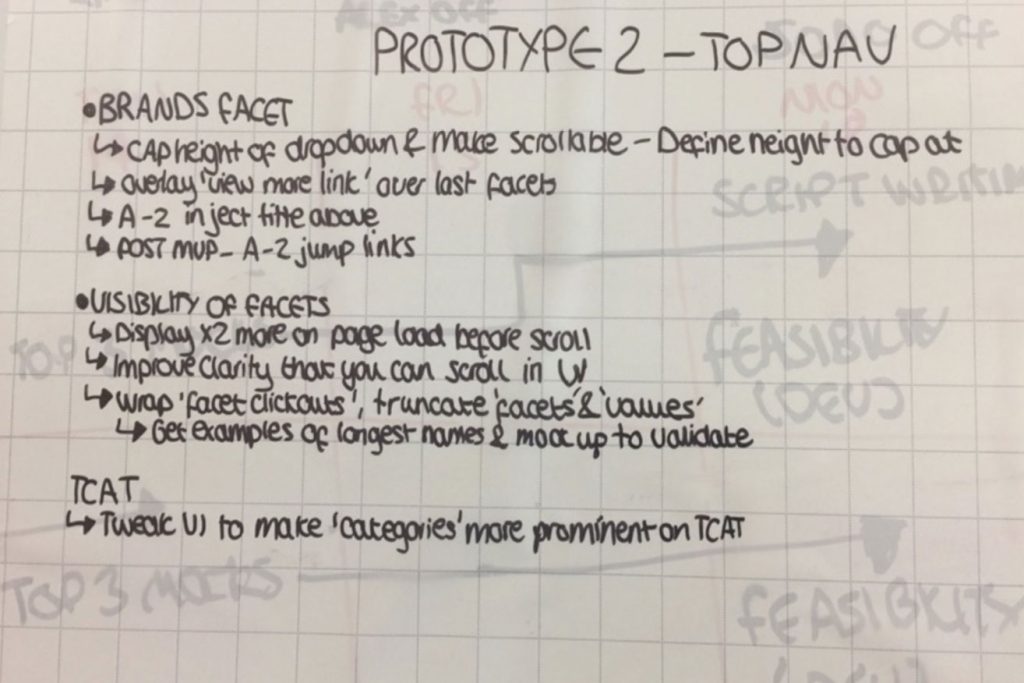 After 4 weeks of testing the feedback was very positive, we will continue improving the experience and testing it.